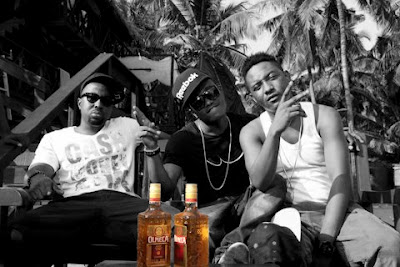 This is as regards the departure of the Nigerian rapper Jesse Jags for his label, Chocolate City. The label has released statement why jesse left and stating that things are still fine between them.
its not too long tho

“Chocolate City has never released information on any owed monies by the Artiste, Jesse Jagz and as a matter of fact is not being owed any monies by the Artiste through show performances or other means. Furthermore, Chocolate City also states categorically that Jesse Jagz does not have a history of Marijuana abuse neither did it or any of its staff make any allegations to that effect.
“The Legal and Content Manager of the label commented and confirmed that ‘at no time has Jesse Jagz’s career been dormant. Stating that Jesse Jagz’s career has been dormant is a gross understatement as he has since the release of “Jagz of All Trades”, focused on the production aspect of his career working with Brymo and Ice Prince on their respective albums as well as featuring on several songs with various artists. His sophomore album, ”Jagz Nation Vol. 1″ will be released in 2013 as scheduled. Furthermore, it is untrue that Jesse Jagz has refused to appear at the Chocolate City office when invited. At all material times, Jesse and his team have always responded and communicated with Chocolate City in respect to all matters and continue to do so.
“Whilst certain issues are still under resolution, the Chief Executive Officer of the Music Group, Mr. Audu Maikori, confirms – ‘I never sent a summons to Jesse Jagz nor did I receive any derogatory email from Jesse Jagz refusing to attend any meetings’. What is even more ludicrous is that Audu Maikori has been in the USA on official business and as such couldn’t have summoned Jesse for a meeting when he was abroad. Jesse and Audu have and have always had a cordial and respectful relationship, a relationship that still exists till date.
“Finally, we understand the concerns of fans and well wishers in respect the alleged Jesse Jagz “war” with Chocolate City. Our position is that there is no war within our camp. Like any relationship, there are ups and downs especially in our type of business, however, rest assured that these issues will be resolved and communicated subsequently. Thanks for your concern and continued support”