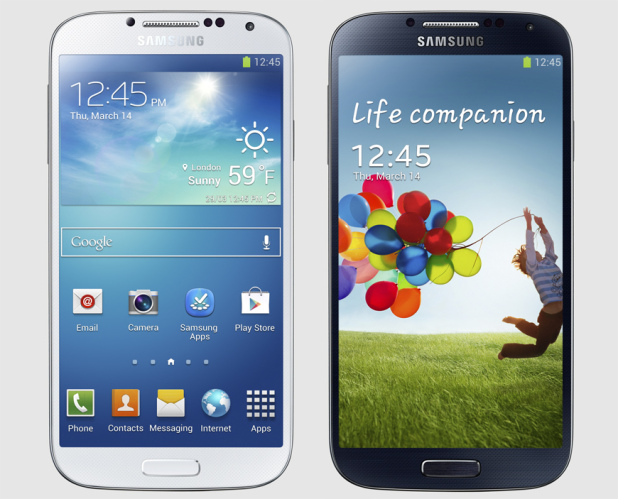 Samsung has unveiled its latest and most-hyped smartphone, the Galaxy S4, which allows users to control its 5in (12.5cm) screen using only their eyes.
The phone, the first in the highly successful Galaxy S-series to make its global debut on US soil, was showcased in New York on Thursday, with the South Korean electronics giant challenging US rival Apple on its home turf.
The S4 can stop and start videos depending on whether someone is looking at the screen, flip between songs and photos at the wave of a hand, and record sound to run alongside snapped still pictures.
'Gimmicks'
The vast selection of new features "are good steps in this direction, but they can be seen as gimmicks rather than game changers," said Jan Dawson, chief telecom analyst at IT research outfit Ovum.
"At this point, Samsung appears to be trying to kill the competition with sheer volume of new features.
"For now, Samsung can likely rely on its vastly superior marketing budget and the relatively weak efforts of its
competitors in software to keep it ahead."
The success or failure of Samsung's latest flagship phone - the fourth in a brand launched in 2010 - will be pivotal in the
world's biggest smartphone maker's battle against Apple and smaller competitors.
These guyz are seriously vexing o hian  lol. and to think I've been feeling cool with my S3 so its now old school. *smh*
Post by Unknown at 10:57 pm
Email ThisBlogThis!Share to TwitterShare to FacebookShare to Pinterest