Davido Rolls Up To The BET Awards In LA In A Custom Rolls Royce.

They don’t call Davido ‘Omo Baba Olowo’ for nothing. The fun-loving superstar who has been sweeping local and continental awards by a landslide rolled up to the Bet Awards in nothing less than a golden custom made deluxe Rolls Royce.

The star was with his brother and HKN Music co-owner Adewale Adeleke and hypeman Special Ed.

Earlier, he won the hotly contested Best African Act of the year, beating favourites such as Mafikizolo and Tiwa Savage to the awards. He went to his Instagram page to thank his fans and announce that he was going to party all day. 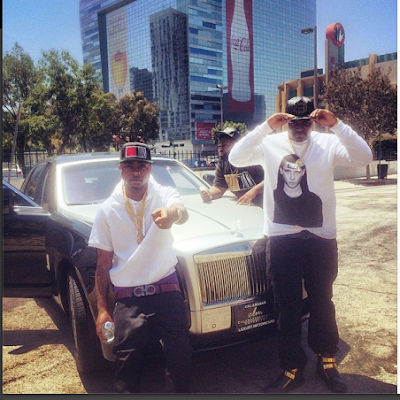