According to Daily Post, Sat Guru Maharaj Ji, the Head of the “One Love Family” Ibadan, on Sunday predicted victory for the Super Eagles ahead of their clash with the Blues of France in the ongoing FIFA World Cup in Brazil.
His prediction is contained in a statement signed by Wole Oladapo, the Minister for Media Links of the One Love Family.
The Super Eagles are billed to take on their French counterparts on Monday in the Round of 16 of at the Mundial.
Victory for the Eagles in the match will qualify them for their first quarter-final berth, while a defeat will see them knocked out of the tournament.
He reminded the Nigerian Football Association, Super Eagles Supporters Club, players and coaching crew to be obedient to his earlier divine injunctions, such as avoiding the colour Blue and abstaining from sex, smoking and drinking.
“This is, however, the time for the whole world to know and realise the fact that Nigeria is where the light of the world resides. Victory is for Africa,’’ the statement said.
It said predicted a win during the Nigeria versus Bosnia match, an encounter that largely contributed to Nigeria’s qualification for the Round of 16. (NAN) 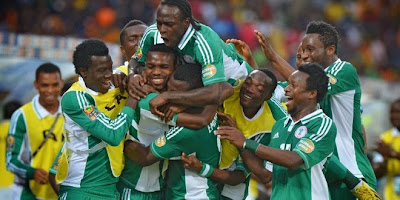